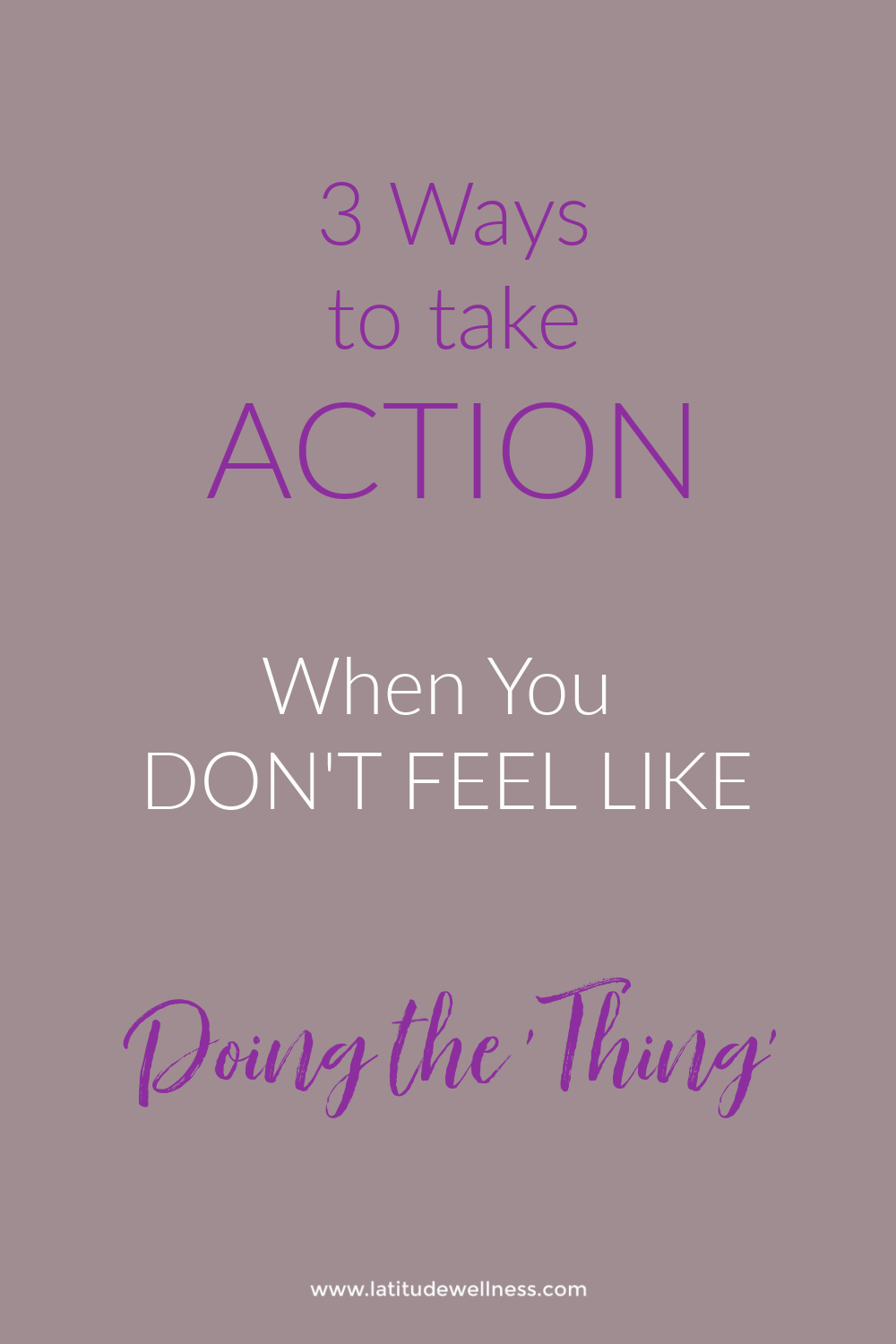 You know the days when you are on productive fire and slaying your to-do list?  The feeling of accomplishment, pride, and satisfaction that fuels your soul and provide purpose?

Then there are the days when the idea of adulting seems exhausting and giving a damn is impossible to fathom.  You schlep around in a fog lacking any motivation and the ‘feeling-like-it’ meter is in the dumpster.  After sensing difficulty, your brain tries to control the situation overthinking and overanalyzing.  This creates procrastination and ‘I will do it later syndrome’.  How often is it that you ever ‘feel’ like doing it?

I don’t know about you, but this happens to me every single day.  There is always something that requires attention and quite frankly, I don’t feel like doing it.  Think about the number of menial tasks that must be done and how often you feel like doing them.  Two recent (and common) situations moved me to write this post.  The first occurred when the deadline for my article was looming over me like a dark cloud.  Rarely, do I ever feel like writing. Instead, I tend to critique every single word and end up rewriting, erasing, and repeating the same sentence.  Procrastination sets in until the final hours of the deadline and then the stress cycle begins triggering irritation and frustration, which is not my ideal writing state.  Mind you, this has been going on since 2001 when my very first Trail Tracks article was published in the VAST News.  One would think I have this dialed in, but I don’t.  One of my many #bebetter goals.

The second trigger happened to be a recent conversation I had with my daughter.  Let me preface it by saying we have these conversations frequently because she notoriously never feels like doing anything other than her thing (reading, skiing, baking, jumping on the trampoline, craft projects….you get my drift).  She didn’t want to go to her martial arts team training class and wanted me to give in to her strategic pleading to stay home.  I didn’t give her an option and as we were driving, she was whining how she was irritated with me and eluding to this being my fault.  I rattled off five things that I never feel like doing: laundry, writing, packing, sending emails, and grocery shopping.  The emphasis was placed on taking the first step and how it is ALWAYS the hardest thing to do when you aren’t feeling it.

Here are a few thoughts to consider when you are not ‘feeling it’ and what you can do about it:

When the reframe “I get to write my articles, reports, blog posts, or whatever it is that requires thought and writing” occurs, I begin with a small act of gratitude, followed by a brain dump (action).  I do my lousy first draft and then go back to editing and flow.  Writing does not come naturally to me and I know the more I do it, the more times I will feel like doing the thing, which in this case is writing.  Hence, one of the main reasons I am committed to writing more blog posts.

Growth comes from failing, taking action when you are feeling uncomfortable, and doing the thing enough times that it becomes part of you.

The more steps we take (again action), the less resistance we will have when it comes down to feeling like doing the thing we have been putting off.

10 Actionable tips you can focus on during quarantine